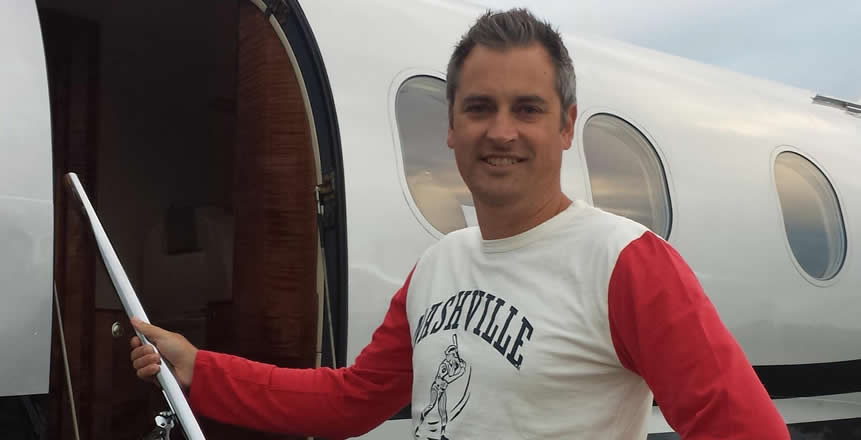 During the 2011 election, my wife Rachel and I had been invited by TVNZ to cover the leaders’ debates for our television website Throng. While the purpose of us being there was to provide a look at what happens out of view of the camera, the final debate resulted in Rachel being central to a NZ Herald story.

During one ad break, John Key struck up a conversation with Rachel about being in his electorate and then onto one of National’s main election policies, the UFB rollout. As a web designer, she would potentially be an ideal beneficiary of the policy.

Bevan Hurley of the Herald on Sunday overheard this conversation and who she would be voting for became the lead angle for a story. After the debate, Hurley pressed Rachel for an answer. Refusing to disclose who she would be voting for come election night, Hurley was told that in previous elections she had voted for at least five different parties and that she wasn’t aligned with any of them. She gave Hurley a few other useful pieces of insight with the caveat that he could use her words but that there was no permission to use either her name or photograph.

Over the course of the next few days, Hurley called multiple times, begging for permission to use Rachel’s name and photograph. He was told repeatedly, by both Rachel and myself, that permission wouldn’t be granted to use either.

If a journalist wanted to research who Rachel might vote for, the picture is complex. One of Rachel’s late grandmothers was a staunch Labour supporter and family friend of David Lange. Her other grandmother was a good friend of Winston Peters. She comes from a family of academics and was one herself prior to launching her own web design business. Her clients have come from across the political spectrum, from the Act Party to Al Gore as well as being the designer of INCITE. She is also Maori and was brought up in a conservative Christian family. We were married by someone who went on to become a National Party MP and we now live on a rural property trying to live as sustainably as possible. Plus, there’s a likely distant family connection with Labour’s David Cunliffe.

To Rachel, her right to keep her vote private was a value she’d always held highly. She had told no-one who she was voting for except myself.

On the day after the election when public interest was high, Hurley’s story was spread across two pages of the Herald on Sunday and featured a half-page image of Rachel in the debate audience with her full name. Worse, he boldly claimed that “National could last night count squarely on Cunliffe’s support”.

We were distressed that our privacy requests were blatantly ignored and angry that the journalist had made things up in order to tell the story he had predetermined to tell. Rachel had calls from people, shocked to read she was a staunch National supporter.

When the media resort to fabrication of elements in a story that mean nothing in the greater scheme of things, you begin to wonder what else they’re making up. If you know that they’re making things up on stories of little consequence, how much truth and accuracy is there in the stories that really matter?

This wasn’t the first time that we have experienced first-hand how the media abuse their position of trustworthiness. When we retell these story to friends and colleagues, sadly they can add their own similar experiences.

Misrepresentation, falsehood, and outright lies have allowed to become standard practice. While CEOs of major news outlets claim to take complaints seriously, there has been little, if any, reprimand for those who are guilty.

For more than a decade I have been building online communities. I began by creating one of the first Olympic Games blogs with an average of 250,000 visitors each day. In recent years, I’ve worked on award winning TV-centric sites.

The one project I have constantly wanted to tackle is news. I’ve watched as media companies struggled to come to terms with the arrival and dominance of digital media. I’ve laughed and shaken my head in disbelief at what their reactions were. I’ve watched copious amounts of money be thrown at poorly executed attempts at second-rate delivery platforms. My frustration at what a real difference those resources in the right hands could make was palpable.

Knowing what to do and being able to do it are quite different things. In order to challenge the mainstream media, any new player needs a certain level of resources. Finding someone who recognised the opportunity in the media market and was willing to back it financially was the first goal.

In early 2014, Tony Lentino provided that necessary financial backing that would launch such a project. Freed was incredibly close to launching at the end of that year. We’d had a great development run and a very successful round of interviews with potential job candidates and were weeks away from going live when it all changed. Tony became unwell and was diagnosed with cancer.

The media landscape has continued to decay with their shameless pursuit of clickbait, and idle and malicious gossip. Much of what passes as headlines and “breaking news” now is paid-for content that protects brands from ever having a bad thing written about them because they’re funding the survival of these clickbait engines.

Freed is an important project because we desperately need to change how journalism is done. I believe Freed has the answer. Careful preparation has been made and we’re ready to launch. Freed will monetise news without the need for advertising or paid subscriptions to access it. What we need now are a few more people who are prepared to put $50k+ on the table.

As established media organisations continue to diminish and devalue their newsrooms by eliminating the single biggest asset they have, their staff, I am of the belief that it is those who are investing in news who will not only survive, but become the new leaders in journalism. The incumbents are wandering around aimlessly like zombies as the world crumbles around them. We are young, excited, and full of vision for the future.

If you’re ready to help launch the next big thing in New Zealand, I’d love to hear from you and have you join us for the next leg of this incredible journey.